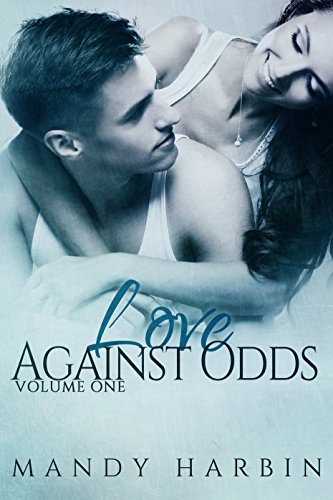 Against Company Policy:When desire is faced with physical boundaries, it’s time to get a little creative…and a little kinky.Cassie Tucker, a hard-working project leader at a software design company, can’t believe her luck when she’s assigned towork with the hottest guy at the firm. Too bad h...

Against Company Policy:
When desire is faced with physical boundaries, it’s time to get a little creative…and a little kinky.

Cassie Tucker, a hard-working project leader at a software design company, can’t believe her luck when she’s assigned towork with the hottest guy at the firm. Too bad his office is hundreds of miles away. Technology will get them through—both in the boardroom and the bedroom.

Ian Cope has had the hots for Cassie for two years. Landing this project with her is a dream come true. Until he discovers he’s expected to use Cassie to aid in a consolidation plan that will shut down her office. He really should keep things professional, all things considered. But she’s

a temptation he can’t refuse…and he’ll go against company policy to have her.

Against The Wall:
When Sasha gets transferred to the west coast office, she welcomes the added distance between her and her abusive ex-boyfriend. He left her feeling vulnerable toward men, and rather than free herself from the corner she’d been pushed into, she found she liked being walled in it instead.

Aaron is a dominant man, in the both his professional and personal lives. Only, he hasn’t been finding the pleasure he’d so easily come by with submissive women. He’s in a rut with no clear way of getting out of it. Maybe he’d just pushed his boundaries one too many times … or maybe he needs a greater challenge.

But when Aaron and Sasha meet, sparks fly, though she is too jaded to do anything about it. With a little tough love from her best friend, she finds herself unable to avoid the hot enigma that is Aaron and testing the walls she’d carefully erected around her heart.

Aaron wants Sasha, but can he break through her walls without being pushed against one himself?

Share
Facebook Twitter Google+
Preview
Disclosure of Material Connection: Some of the links in the page above are "affiliate links." This means if you click on the link and purchase the item, I will receive an affiliate commission. I am disclosing this in accordance with the Federal Trade Commission's 16 CFR, Part 255: "Guides Concerning the Use of Endorsements and Testimonials in Advertising."