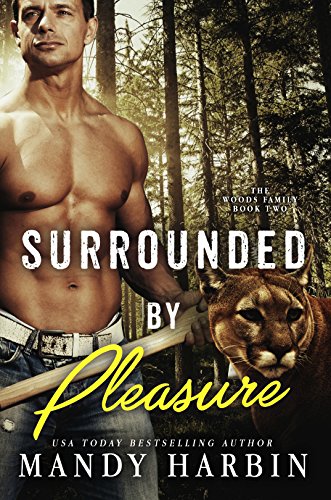 She’s a virgin…he’s a virile shifter who craves her.

Krista Owens is a new attorney who works too much and plays too little, so it’s no surprise that she’s completely awkward around people, especially men. When her colleague requests her assistance for a month on the Woods estate, she’s eager to jump right in and prove herself. The fact that the men are all hunky lumberjacks entices her for a completely different reason. She now has two goals on this trip…show how good she is at her job…and finally lose her virginity.

Toby Woods doesn’t want anything to do with the new attorney coming to help because things got dicey among him and his brothers the last time a woman was brought onto the estate. There’s something about her, though, that calls to him. He can’t deny he wants her, and when his brothers begin to fight over her, his feral side is ignited. He’ll stop at nothing to claim her as his.

What starts out as a purely physical arrangement turns into a tantalizing trap of hearts and souls, but when Toby discovers this was all a setup, no one is safe from his wrath.