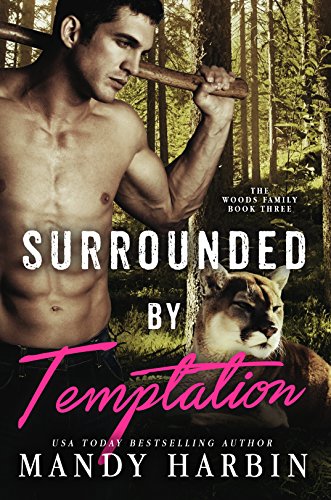 She’s a scientist who trusts facts…he’s a shifter who’ll rock her scholarly world.

Ariel Owens is a biochemical engineer who trusts science above all else. When her sister claims her new boyfriend can turn into a mountain lion, she thinks the poor woman has finally lost her marbles. Her sister insists she needs her help, dangling the possibility of a major discovery right in front of her. How can she resist something like that? She’ll humor her and play along, but if she’s going to do this, it’ll have to be done her way or not at all.

Rob Woods wishes things could be different. Two of his brothers have been able to beat the odds and find love, but he doesn’t think it’ll happen for him unless something changes. When Krista tells them how great of a scientist her married sister is, he latches onto to the hope that maybe this woman could come up with something to help. He never dreams the second he sees Ariel, everything would change anyway…or that minutes later she’ll drop a bombshell that’ll pit him against his brother for the affection of the only woman he’s ever truly wanted.

Create a drug to stop a shifter from forcing a mating? Only if Ariel gets to test the sexual limits herself… But is Rob strong enough to resist his animal’s need to claim her once the temptation begins?