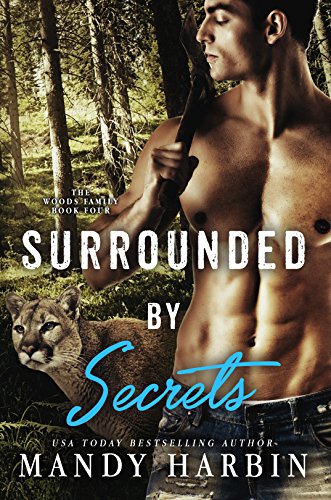 A sassy woman who knows what she wants. A shifter who accidentally gives it to her.

Lillian Caldwell has eyes on her ridiculously handsome neighbor who also happens to be one of the men who recently bought her family’s land. Unfortunately, that now makes him her new boss. Not that this change of events will make her view him any differently. She has big plans for this man, including the getting-him-horizontal variety, and she always gets what she wants. She’ll find a way to make her cranky new boss purr…and maybe get a little something else in return.

Jack Woods knows he’s a jerk who’s made a lot of mistakes, but who can blame him? He’s a living, breathing mythical creature on an incredibly short leash. Most of his brothers have created a balance between their animalistic side and the normal world, but he can’t seem to stop being so cynical. His recent discovery of an old family secret may shed new light on his dark path, but his attempts to dig further are thwarted when he’s forced to work with Lillian. Oh, she’s gorgeous alright, but she’s an even bigger pain-in-the-ass- than he is, constantly pushing his buttons and ignited his desire.

They have no choice but to work together, but a night of drunken passion turns these enemies into more than just lovers. Now they must find a way to cope with the consequences without killing each other first.